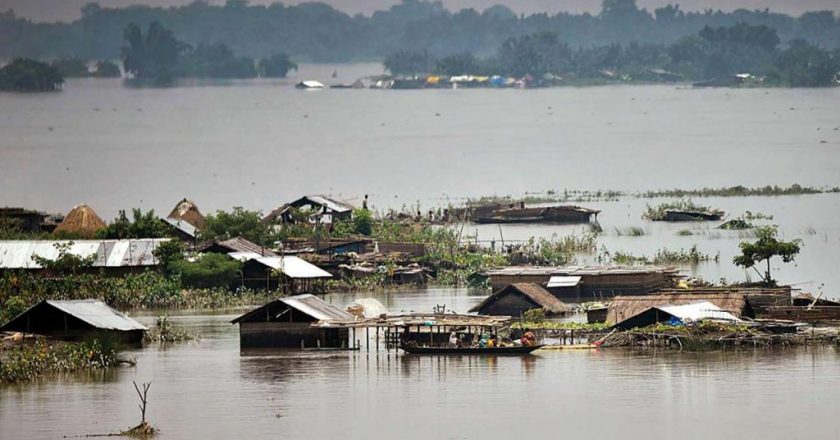 The River Filled Eyes of Assam

The “Brahmaputra floods of 2012” was one of a kind, that dismantled the state of Assam. The aftermath of “the great flood” was a wake-up call for the governments. The 2012 flood caused lives of 124 people including children. The  Brahmaputra overflowed, breaching embankments, flooding both agricultural and residential regions, affecting a total of more than 6 million people. The flood showed no mercy even to the animals, flooding  Kaziranga National Park and other 14 districts.

According the flood reports submitted by the government, about 540 animals died in the National Park – a sum of 16 one-horned Indian rhinoceros, numerous Asian Elephants, swamp deers, porcupines and water buffaloes- “ an integral part of food cycle” 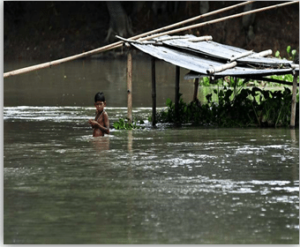 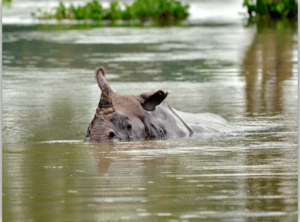 Since 1950, 14 major floods have struck Assam, making the state “the most vulnerable areas to flood” in India.

This year is also a “no-stranger” to the Assam Floods. The government has reported it as one of the great floods of the decade.

The flood report depicts the intensity of the flood.

Why is Assam such a flood-prone area?

The flood season in Assam commences at the month of June with the onset of the South-West Monsoon. Almost every year three to four waves of flood ravage the flood-prone areas of Assam.

5 prime reasons for “super-floods” in Assam.

The long-term rainfall data for Assam, however, shows a decreasing trend that has accelerated since 1981. The annual average rainfall for Assam is 1,524.6 mm. “Assam receives more rainfall than any other states”. 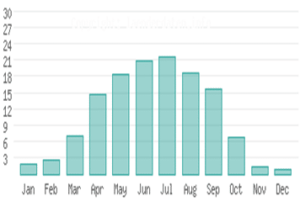 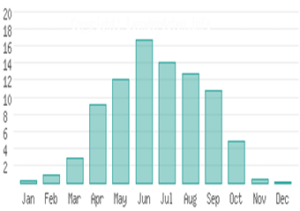 But as per the reports, the average rainfall in Assam is decreasing, but each year the flood is getting intensified. The reason is that there are many other interlinked factors causing the flood. But intense monsoon also imparts its role towards “Annual Floods”.

Assam is built on the banks of the Brahmaputra. It divides the state into Northern and Southern Assam. 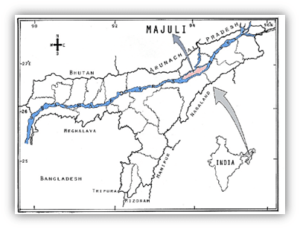 “Hydro-Geomorphic “  features of the state is mainly influenced by the geographic location and characteristic features of the Brahmaputra- width, areas over it flows, tributaries and riverine discharges.

Brahmaputra is both a boon and a curse for the Assamese. For half of the year, it is a boon- drinking water by huge underground water reservoirs, watering the crops, discharging natural fertilizers. For the rest of the year it is curse by flooding habitat and crops

“How come the river be a curse?”

Brahmaputra is a glacial river. It originates in the “Manasarovar Lake”  region a close proximity to the Northern Himalayas.(Mount Kailash”).So it has huge water discharge throughout the whole year.

Global warming is directly linked with uncontrolled melting of glacial ice which becomes a super source for the glacial rivers. It increases the water discharge into the rivers causing flood. ”Super floods “ in Assam is interlinked with the summer glacial discharge and monsoon discharge.

Glacial ice are a good reflectors of radiation. That means there is a negligible melting of ice due to absorption of radiation as they have comparatively high albedo ratio. So the enhanced glacial melting is an outcome of deposition of “black carbon” on ice. Black carbon has poor albedo ratio making them good absorbers of longwave radiation of the sun.

“The fine particles absorb light and about a million times more energy than carbon dioxide”.

Black carbon concentrations near the Gangotri glacier rose 400 times in summer due to forest fires and stubble burning from agricultural waste, and triggered glacial melt, says a study by scientists at the Wadia Institute of Himalayan Geology (WIHG). 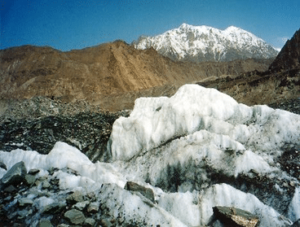 “The melting of glaciers in the Himalayas have doubled over the last two decades to around 20 inches in a year- which is equivalent to 3.2 million Olympic swimming pools of water every year”

The government has failed to look into these primes and to make a study of it to control and manage flood.It has drowned thousands of lives of humans and animals.

“Governments are not addressing the problem at the source. – they are firefighting”.The measures of governments are “short term” and “amateurish”. An integrated studies of different flood-prone regions must be undertaken and manoeuvre must be guaranteed by the experts and governments.