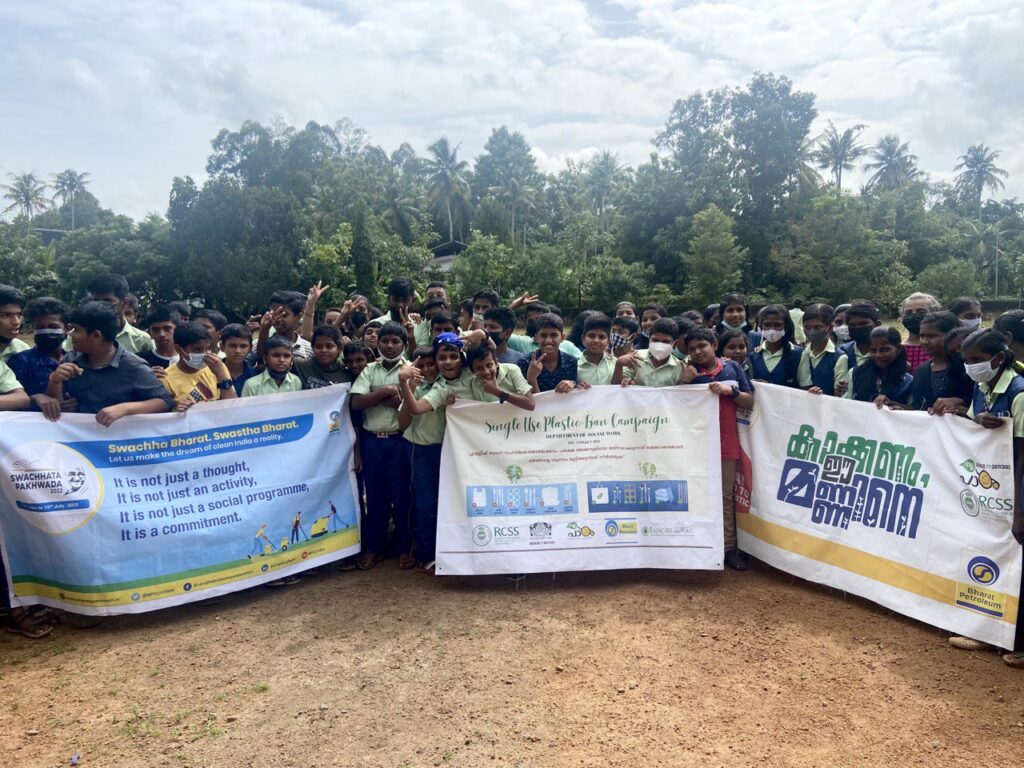 When a group of social workers educated the young minds, they raised their hands to proclaim “Njangalum (we too)” and it has everything in it… the past, present and the future.

The campaign was a CSR initiative of BPCL, promoted by Manorama and coordinated by the Department of Social Work, Rajagiri College of Social Sciences. I was lucky enough to become a group coordinator for the programme. 5 days of working with 60 social work students and engaging with more than 1000 students from 9 schools, was a new experience for me.

This blog is all about decoding “Njangalum (we too)”…

There is a method in social work called social action. Social Action comes into play when there is social injustice in the community. So what we (Social Workers) do is, research the problem, give awareness to people on their rights, mobilize them and promote actions for their rights. Giving awareness is often brought under the conscientization model by Paul Fiere which put forward the need for social action through awareness/education. The street play done by the social work students for a plastic-friendly community is a demonstration of the model and was able to hook children’s thoughts.

The Power of conscientization Model.

From the model, we could argue that when the people are conscious, there are motivating opportunities for the true liberation of humanity and the most effective domestication of man. Education could serve as a tool for re-education and social action. The process of conscientization results in more than just the acquisition of literary skills. The social action involves the greatest participation possible from the affected population.

We know that dramatization is a mass mobilising strategy and could be used in spreading awareness. Now, when it comes to educating, communication plays a significant role in delivering the thoughts to the target sector. There are different communication tools, which could be effective in mobilising people like speech, drama, street play etc. among these street play have a significant role.

Street Theatre is a type of theatrical performance and presentation that takes place in public places. It is employed as a means of communication to disseminate social and political themes and increase public awareness.

Amateur street theatre productions at the grassroots level have gained popularity in community organising, public health campaigns, and education campaigns due to today’s major societal concerns. Over time, initiatives all over the world have evolved street play themes. From nationalism to capitalism, peasant and labour movements, environmental concerns, communism, sexual harassment against women, and domestic violence, to name a few.

When the target population for the awareness is students, the street play will work effectively due to two reasons; one, because it is engaging the audience through, songs, slogans and interactive dialogues. And two, it is a curious factor for children and hence will get fed in their mind.

From the Social Worker’s point of view. 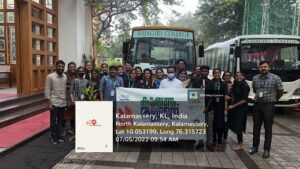 This involves the element of role-playing where the social workers themselves worked through the phases of:

This definitely will help them to exchange knowledge, improve communications and socialize with the community.

From the community perspective (School Students and teachers). 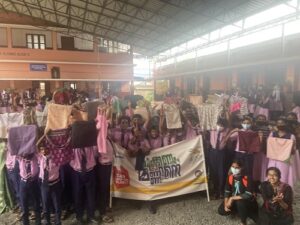 The school students and teachers were actively listening to social workers. The street play conveyed how single-use plastic affects environmental sustainability. As far as schoolchildren were considered, they were engaged through active listening. Active listening will help them to unlearn what they have learned. Also, there is an abstract cycle evolved which I would like to name “The Cycle of Sustainability.”

The CYCLE of Sustainability

Phase 1: The first phase of the cycle deals with the present condition of the environment which can be positive or negative.

Phase II: The awareness is given by the professionals to the target session (here the social workers to the children)

PhaseIII: The child unlearns the wrong and learns the right. The learning is taken to home and awareness is given in the child’s home.

Phase IV: The change starts in the home and starts get spread to the neighbourhood.

Phase V: The neighbourhoods create change in the community and the condition of the environment is improved.

Phase VI: The cycle moves ahead when the next awareness is delivered.

Through multiple concentizations, we could see that the condition of the Environment gets improved a step ahead.

From the campaign, we could see the active responses of the children during street play. We strongly believe that the statement “njangalum” at the end of the street play is the beginning of the cycle.